Michael Smee - CBC News Research shows drones can cut down response times 6 minutes in urban centres and 10 minutes in rural centres. Dr. Sheldon Cheskes with one of the talking defibrillators that can be carried to emergency scenes via drone. (Grant Linton/CBC)

Peel Region councillors will hear a pitch later today from a doctor who wants to add a new component to their emergency response fleet: defibrillator-carrying drones.

Dr. Sheldon Cheskes, medical director at the Sunnybrook Centre for Prehospital Medicine, said drones can beat fire trucks and ambulances to the scene of a cardiac arrest, and that could be a life-saving difference.

"Our research shows when we set up drones we can cut down response times six minutes in urban centres [and] almost 10 minutes in rural centres," Cheskes said.

"So if I can cut down 10 minutes in a response time in a rural area, we can make a big difference potentially to saving lives. It may be futuristic but it makes sense from a logistics point of view."

He said his model would involve equipping some ambulance stations with drones that are fitted with automated external defibrillators, also known as AEDS. When a 911 call comes in for a cardiac arrest victim, a defibrillator-bearing drone would be dispatched, along with fire and ambulance crews.

A diagram showing how defibrillator-bearing drones could change the way emergency services are delivered. (Region of Peel )

Bystanders would be instructed through a recorded voice in the defibrillator how it should be used.

"That's the beauty of it because we know that when bystanders provide shocks through defibrillation the chance of survival is almost four times more than if we wait for EMS to get there," he said.

Other jurisdictions in the U.S. and Europe have tried similar systems, he said, but "we're the first ones in the world to actually try to implement this as part of an EMS response." 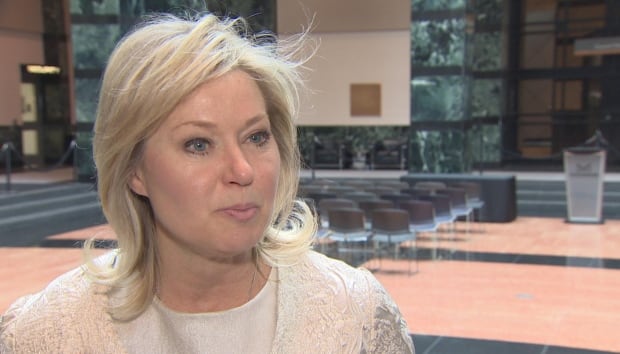 Cheskes said he's not sure how much the system would cost to implement and run.

As for the web of regulations that control drone use in urban areas, he said he's confident drone companies contracted by municipalities would know how to operate within the rules.

Even so though, he said the current system probably couldn't work within built-up areas like downtown Toronto.

"The issue in a really urban centre, with lots of high rises, is that the technical parts are very difficult because of wind shear," he said.

Cheskes said he's hoping the Region will agree to do more research on the idea, to determine how feasible it could be.

Mississauga Mayor Bonnie Crombie wouldn't speak to CBC Toronto on camera. But in an email, she called the idea "interesting."

"I agree that we need to explore innovative ways to get life-saving technology, including  AEDs, in the hands of the people who need it, when they need it," she wrote.

"The Region of Peel has a successful community PAD/AED program that has placed hundreds of AEDs in public places. We are always looking at how we can improve access, response times, success rates and confidence with the public in operating these devices. I look forward to hearing Dr. Sheldon Cheskes proposal at Regional Council."